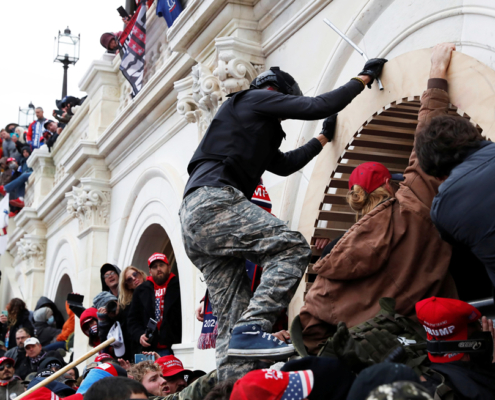 The attempted capital siege and US Sedition between dismay anger and happiness; with Anger holding the largest portion of my emotions.

Below are my 21 thoughts and feelings concerning the attempted coup d’état….

1. My dismay at the surprise of people who were ‘shocked’ by yesterday’s events. Everyone who saw this man in 2016 promote himself as some sort of political demigod. Who used poisonous language throughout his presidency and in both his campaigns, rile people up and create a fever of disillusionment. He was the leader of the government, who promoted distrust of the government. He was leader of the free world, who sewed seeds of distrust in our fair elections. Think about this, just several months ago, we had people who plotted on kidnapping Governors-and you know what this President did? He blamed the governor. So no I was not surprised that mobs of domestic terrorist stormed a Capitol, under his advisement. My surprise and dismay is stemmed in people who are surprised and dismayed. Speaking of which…

2. My dismay that people are surprised that his words have taken action. Would did you think would happen when you allow a petulant child to continue with his lies and deceit? I am old to remember that GOP leadership said “what’s the worst that could happen if he doesn’t concede immediately…” well THIS is the worst that can happen.

3. My dismay that certain people are shocked at the actions of citizens. Saying things like “This is not who we are…” let me tell you something…this is exactly who we are…I am just dismayed that the wool is STILL over their eyes-more on that later…

4. Dismay that these treasonous terrorist were allowed to walk into the front door of the Capitol and walk out that same front door when they got done with their failed childish coup. This dismay actually led me into anger-which was my next emotion.

5. Anger in the lack of fear (people taking selfies with Capitol cops?!?) storming the US Capitol. The audacity of these people who didn’t even think that their treasonous actions wouldn’t result in injury and/or death. There’s an incredible amount of white privilege to realize that your lawlessness will only result in a finger wagging and stern shaking of the head. Meanwhile, myself and black people like me literally get terrified anytime we have a traffic stop at night. That is the prime example of differing worlds in which we live in. This is just another example of how minorities and white people can live on the same planet, function in the same space and operate in two completely different realities. It’s incredibly frustrating.

6. Anger that my wife had a fear before the election that these people were going to run up into my house to try and harm her because be we live in Trump territory and her husband insisted on putting a Biden-Harris sign in front the house. The fact that these ‘leaders’ were shocked by this response highlights the privilege and bubble of their words. It was only AFTER the failed insurrection and the cold reality that their lives were in fact in danger, that they realized that maybe fanning the flames of division might be dangerous.

7. Anger that Obama was literally chastised for simply saying Trayvon Martin could’ve been his son. They gaslighted that statement as saying he was being overly divisive. The two different Americas was never more evident than when we evaluated Trumps constant poison as simply ‘rhetoric’ and to not to focus on his words. It didn’t matter how those poisoned words made other people feel. Imagine telling one side that their empathy was divisive and the other side that their their poison was simply words. That is the standard a lot of you parroted.

8. Anger that the people and leaders who used deceit and lies as a fulcrum for their own self interest and objectives and poured fire on the flame of treason-will suffer no consequences of their incitement. Let me be perfectly clear, President and his acolytes in the Senate and the House invited chaos and incited a riot. Any one else without the prestige of an elected position would have been indicted on such a charge. The man literally told that crowd during his speech that not only would he not concede, but march down to the Capitol and show their frustration.

9. Anger that had those been people with darker complexion, or let’s just call it what it is, black or brown people, they wouldn’t have made it into that building, let alone in members of Congress offices-feet on their desk, going through their computers. We’ve seen people get pegged with rubber bullets by law enforcement, to peacefully protest the brutality of law enforcement. The fact mobs of people in the hundreds raided the capital building and ONLY 15 people were arrested…FIFTEEN!!!!!! These DC police were more concerned about harming these traitors than they were about the traitors harming the American institution. Speaking of which…

10. Anger that a picture of law enforcement dressed in paramilitary gear, on the capital steps at a BLM rally juxtaposed against the picture of law enforcement dressed in normal police Capitol attire willingly let those people into the building. Also don’t tell me this caught them off guard-so they couldn’t prepare-because they literally planned this rally for weeks. The same energy they put into people protesting brutality, they failed to deliver to those insistent on treason.

11. Anger that you had people in media refer to them as protestors and not seditious, treasonous babies unworthy of grace and thoughtfulness. To make matters worse you had Ivanka calling them “American Patriots” and Trump himself telling them that “he loves them”….I’m old enough to remember he called Colin Kaepernick a son of a bitch at a rally in Alabama for kneeling.

With all of these treasonous actions happening on full display-this actually led me into my final emotion. Happiness.

12. Happiness that America was shown an reflection of their ugliness and they couldn’t look away or blame someone else. They were forced to address what everyone easily identified. Privilege allows one to live in a false sense of reality. Today, if for only a brief moment, that privilege evaporated.

13. Happiness that the false imagery of patriotism will go down in its own self righteous flames. The same people who push a brand of American patriotism that only allows for one view. Have no problem undermining our greatest attribute-a free and fair election. You see what black people and minorities have always known, is that patriotism is a cloak that’s wrapped in the blanket of hypocrisy. We only want freedom of expression, as long as it follows the formula of American praise. I was giddy when that cloak got removed.

14. Happiness that people who scream “Blue Lives Matter” were the same ones fighting the police. You see WE always knew that the ridiculous slogan of “Blue Lives Matter” was only in response to BLM. They didn’t care about law enforcement, they just hated to see to black people using their voice. First of
all…not only is blue not a race of a person-the slogan is offensive because it highlights that someone’s job is more important than a black life. Just like it would be ridiculous to say a doctors life is greater than patient-its terrible to think that civic servant job is greater than the public they are supposed to protect and serve. But let’s keep it even more real. The people who screamed that foolishness, only wanted suppress black voices, pure and simple. Speaking of which…

15. My Happiness that the ‘Law and Order’ crowd was finally shown to be faker than false eye lashes. You see, THEY only want law and order to keep black and brown people in line. They don’t want the rules to apply to them. Quite simply, they don’t want the law applied to them, and they believe that order only applies when they deem it necessary.

16. My Happiness that Trumps ugliness finally came became realized. For years we told people that his dangerous language would create a dangerous environment. Well, yesterday the chickens came home to roost.

17. My Happiness that the “Both Sides Are Guilty Crowd” had to take several seats and own the fact that only one side stormed the Capitol and tried to start an insurrection.

18. My Happiness that people who supported Trump, were just as embarrassed yesterday as we have been for the last 4 years.

19. My Happiness that we don’t have to hear anymore false narratives of saying BLM is a terrorist group. Because if my memory serves me correctly, we ain’t never tried to overthrow the government.

20. My Happiness that the confederate flag was on full display being carried through Senate lobby. Don’t get me wrong I absolutely hate that flag. It’s equivalent to the Nazi flag for me. But I love a flag that symbolizes treason was paraded through the Capitol proudly by these men. I couldn’t think of a better symbol for an attempted coup. I will never know why that flag is not banned in America like the Nazi flag is in Germany….oh wait I remember…because it’s NOT sedition when it’s southern and white…it’s called patriotism…my bad.

21. My Happiness that through it all, black Twitter delivered a delightful exchange of witty commentary and flat hilarious reactions.

I apologize for the length of my post, but as you can imagine. Yesterday emotions brought out the gamut of thoughts and feelings. I appreciate you for taking this journey with me.

How crazy is it that we elected a Black man and a Jewish man to the Senate in the south…and that’s not even the main story. 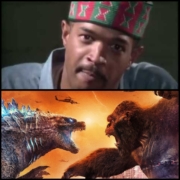 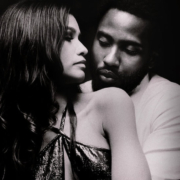