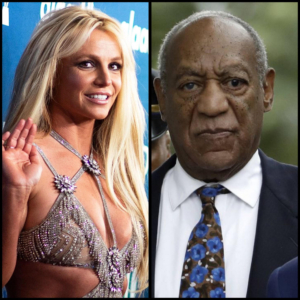 This is going to be hard for some people. But in the case of both Brittany Spears & Bill Cosby, the legal system worked. Taking away the emotion of it all. I knew Brittanys verbal appeal was gonna fail, and Cosby’s case was built on an evidentiary deck of cards.

But before we get into all of that, we must do one thing first…

We have to walk away from the concept that justice and fairness operate in the lenses. Because history has shown us that just because something is legally correct, doesn’t make it humanly right. The Supreme Court for nearly 100 years upheld the rights of slavers. The literal pillar of our legal system, Chief Justice John Marshall himself held 300 slaves over the course of his life (some estimate more, but that’s another post for another time-but I digress).

For Brittany Spears, I knew her conservatorship was going to remain in place. In Florida the is law governed and called guardianship law, this is one of my main areas of practice, it falls under the Probate rules. So with that being said, the fact of the matter is Brittany has never filed an official petition to remove her conservatorship. This is a mandatory practice. A carefully written petition, at the behest of the client, explains to the court why you are asking for an specific cause of action. Without that petition, the court cannot rule and therefore cannot provide an order based off the the facts and evidence provided within the petition. Simply asking verbally in open court to be removed from conservatorship is not the standard. The judge would’ve have faced more issues if they simply adhered to an open court request without a written petition and a written report by an evaluator, on why conservatorship should be terminated. That’s the law, that’s justice. It may not be fair, but it’s the right call. Also, I wasn’t a fan of Brittany presentation in court. Cursing to the judge on why you’re upset about the conservatorship is not a good position to take. It does not show you are taking this proceeding seriously.

As far as Bill ‘Pill’ Cosby is concerned. This was the right call. I read the entire 79 page opinion. The previous prosecutor laid out a rational explanation of why he offered immunity. The fact of the matter is, the victim’s story was not air tight. Too many inconsistencies. A prosecutor is supposed to operate in good faith when bringing forth a charge. He understood that victim’s account would be hard to levy a conviction without corroborated facts. So he offered Cosby immunity, with hopes that his incriminating statements in the upcoming civil suit would provide “Justice” to the victim. Look it’s easy to evaluate the case in the modern 2021 scope or even at the 2017 framework. But the prosecutor did not have a bevy of evidence to move forward. I am sure that if more victims would have emerged in 2005. We would not be having this conversation. But they didn’t, so we are. The real issue is that the next prosecutor relied upon statements provided by Cosby under the guise of ‘transactional immunity’. The prosecutor did this despite knowing and being made aware of the previous understanding. That is wrong. You want a win, but you have to operate within the rules. You cannot forgo due process because you don’t like the person. The weird part about is, they didn’t even need the statements from that deposition. This was a bad strategic mistake of epic proportions. Justice was served. The fairness of that justice is another question. This was NOT about Cosby innocence. This was about upholding the 5th amendment. So any person acting like Cosby is “innocent” because of the result is showing that they clearly didn’t read the document——or the proverbial room.

We may not like the laws that were on full display yesterday. But the system worked—at least in these junctures. Even if we don’t like the end result. Justice and fairness don’t always have to operate in the same room. Thus is the quandary of our imperfect legal system.

I hope I cleared up a few things. Have a great day. 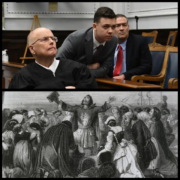