What Is Brotherhood? What One Night In Miami Meant To Me… 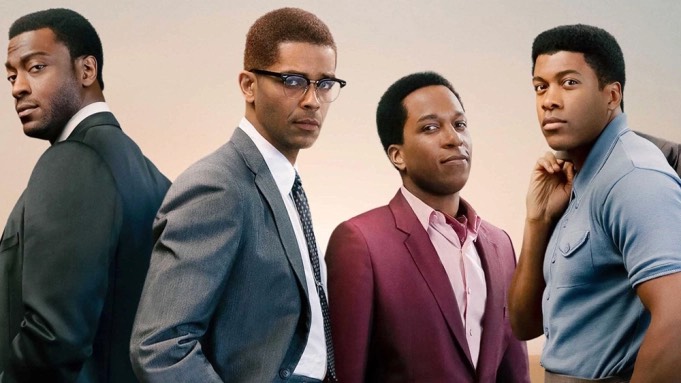 On January 15th, 2021, I watched the movie One Night In Miami, taking away the elements of the film and the story beats. What struck me the most on this first directorial debut of Regina King, was the familiarity of the characters. No, I am not talking about the fact that I knew who these men were—news flash Icons such as those four men need no introduction. What I meant was the ‘friendship-brotherhood’ dynamic between all four men. I have seen this before in my own group of brothers, that was the beauty of the film for me. The immediate recognition of the bond, the intimacy of those friends.

Now before I continue, I want to make something patently clear. I am in no shape or form comparing myself or my friends to these larger-than-life men. The hubris to even consider something like that is beyond me. No what I am referring to resembles something more beautiful, the ability for black men to exist as their whole selves, without fear of mischaracterization and righteous condemnation. The film also highlights the how black men can show the layered portion of their personality that the general public is not privy too or even deserves to see.

I always state that black people operate instinctively within what W.E.B. DuBois coined as the ‘Double Consciousness’ psychological mindset. We are constantly aware of who we are to the world and what we represent. We sometimes evaluate ourselves, not based on internal valuation but what the outside world, sometimes mostly white depending on your environment, views us as. Black women face their own descriptive challenges when it comes to this concept. However, Black men in particular face an especially daunting task because of the imagery of strength and masculinity that has been imprinted into our consciousness. It has only been recent that we as a society have begun to tear down these walls of closure and allow black men to be whole and to operate with emotion. We are slowly hearing the chorus line that a display of (real) internal strength is shown when a man can confidently express his emotions. The idea of the ‘strong silent type’ needs to die an expedient death, because truthfully, this mindset doesn’t help anybody. So yes, society is slowly coming around, but it is not moving fast enough for me. There are still scores of men out there that think any showing of emotion automatically beguiles a sense of feminine energy. There are other reasons why this is extremely problematic, but I will not get into that right now.

As far as how the film reminded me of my brotherhood circle?

Well, for me it starts with the willingness to hold each of your comrades to a level of accountability, that is rooted in love. Now this is beyond just the willingness to call each other out, just for the sake of doing so. No, this the understanding that if I am rendering a level of critique of you, then you know it’s not based on anything but love and vision of yourself improvement. In the same vein, I should be willing to accept whatever conversation comes my way and not feel as if comes from a hateful place.

But the dynamic of the friendships go deeper than that. What I found the most fascinating was the ability for those men to let down the proverbial walls and be vulnerable with one another. Whether its admitting their un-comfortability with their present status of their life, or acknowledging that behind the bravado, the confidence, the public persona of self-assuredness, there still laid some internal doubt.

You see you can do that in front of your friends—your real friends. What is often not spoken about when dealing with any type of public success, is the inability to shift from how the world see’s you. It’s like your being is preserved in one single frame. This is not just in regard to celebrity; this could be applied to regular life success as well. The irony is that your success is product of your complete ‘you’ however, those same things which brought you to those successes, are viewed through the prism of an incomplete you. In the film, Malcom X could be honest with his luminaries that he was suffering under impending pressure. Whether that pressure was coming from the federal government or the Nation of Islam, of course as we come to find out that was all one in the same. Juxtaposing this characterization of Denzel Washington’s brilliant portrayal of Malcom X, where in the former portrayed Malcom X as solitary in his expression of angst, the latter gave him an outlet, albeit brief to express the plight he was in fact facing. It does not escape me that Malcom could find a place of vulnerability in space full of titans. You see to the outside world he was ‘Malcom X’ and his persona loomed large, but to his friends and confidants he was just Malcom.

Regular male friendships operate in much of the same manner. Very rarely do friends do not have the same level of equality amongst each other. Sure, one or two of you may be more successful than the rest of the bunch. But ultimately, what drives friendship is not the success, but the access to authenticity that many do not get to see. It is that authenticity that allows true vulnerability amongst friends, it’s what we saw displayed so prominently in the movie, One Night In Miami. The beauty was not in who the characters were, but in the authentic vulnerability they showcased so effortlessly. The mind races that what each of them saw in one another is an opportunity to simply be free from societal constraints and be whole. Maybe this what appealed and drew each of them to friendship, honestly, we may never know, and that’s okay.

Of course, what we do know is that night all four hung together. Now the conversations that these four luminaries took part in, well that is hidden from the public. But honestly, that is the beauty of it all, we shouldn’t know what was said between friends, that’s what makes a brotherhood so sacred-what is said behind closed doors, stays behind closed doors. After all, what is point of real friendship-real brotherhood, if we are not allowed to be free. 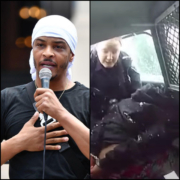 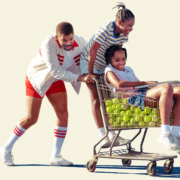 One Night In Miami Review